We have been going to the changing of the flags since 2008, I first wrote about it that year.

In 2010 my Dad helped raise the Army Flag

Vietnam Memorial on the Prairie

The Flags of August

Yesterday was the day.  The flags would be changed again. 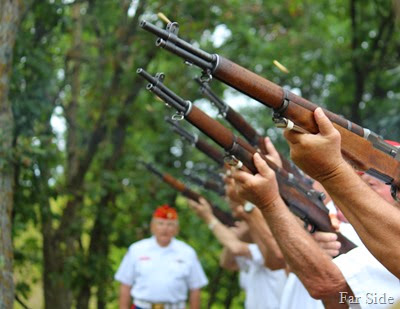 Far Guy and his Uncle Archie lowered the old Air Force Flag and raised the new one.  It was a cool cloudy day with rain threatening.  So what if we got wet…soldiers through the years have been wet, cold and tired ..so what is a little rain.  I am not sweet enough to melt. 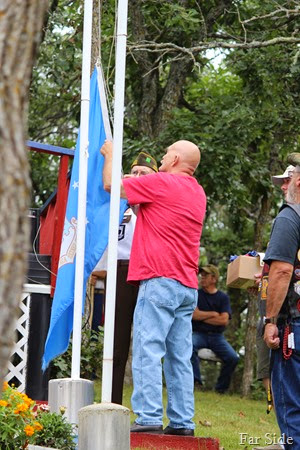 Between these two men they have over 50 years of service. 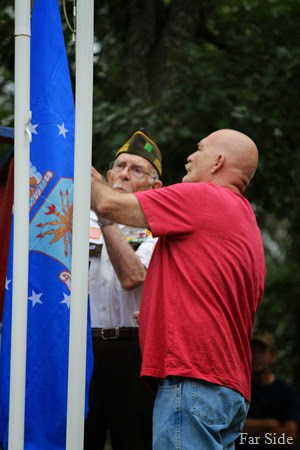 During the ceremony one of the Marines became ill. A couple of nurses in the crowd took care of him.  He is going to be okay.

Carsonville Fire and Rescue was on the way. 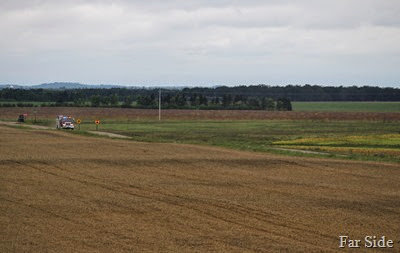 Bunker Hill sits up on a hill and you can see for miles.

The flags were burned this year, last year it was to windy to burn them. 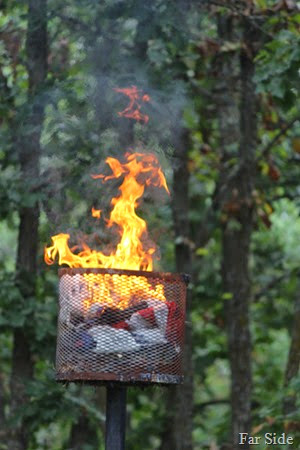 Once again Trudy prepared a wonderful lunch…you name it and it was there homemade buns with turkey, ham or hot turkey, pasta salads, baked beans, cole slaw, fruit salads and desserts…every kind of cake imaginable.

We met new friends Lani and Connie from Laporte there, they are new to the area and Lani is a Vietnam Vet. Lani said the ceremony brought some old feelings to the surface…not all good ones.

Those memories of war is what built this memorial on Bunker Hill, something good that came out of bad memories of young men in a horrid war.

We should never forget.