Paige was born 15 years ago yesterday.  The littlest sister in her family..the baby.

Recently we reminded Miss Paige that when she was little she cried a lot.  Savannah kept track and Paige cried about 60 times in just one day.  Savannah says now that maybe she put down two hash marks on the fridge when it should have been just one.  Sisters.

Another time we were babysitting in Nebraska whilst the parents went on vacation.  As soon as their Mom walked into the kitchen Miss Paige pushed Grandpa toward the garage saying “You can leave now.”

Everyone had a big laugh about the time I had Paige in Dick’s  Grocery Store In Elkhorn…she wanted something and when I said no she started hollering “You are not my Mom!”  Every time she screamed that at the top of her lungs.  I would say loudly “I am your Grandma and you have to listen to me.” Quietly I would say “Paige be quiet.” By the grace of God the Police were not called. 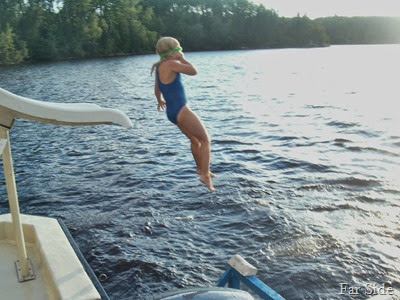 She is fearless and will try just about anything once.  This was in 2006, she would have been 7 years old.  We all went on a houseboat trip way up north.  The houseboat had a upper deck slide. 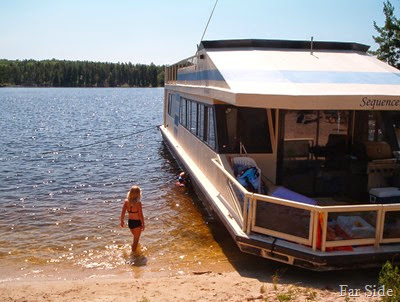 Here she is with the houseboat.  All of the children had a blast fishing, playing in the water and exploring the many islands of Lake Namakan and Lake Kabetogama. 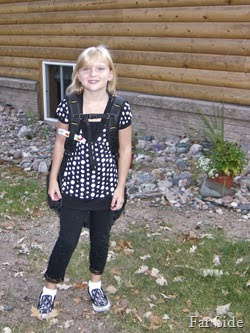 The first day of school in 2007.  This is the year that Paige began playing Hockey. 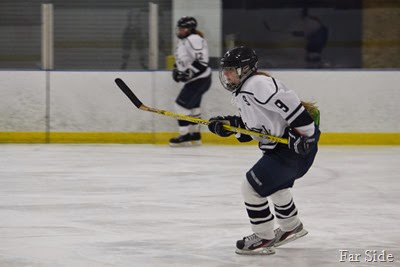 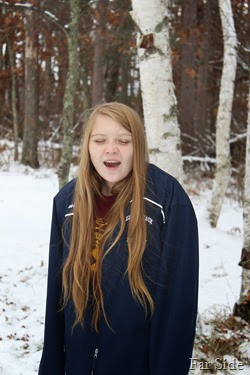 Paige avoids my camera as much as she can and usually closes her eyes or makes faces.   Since I took this photo she cut her long locks and donated them.

Fifteen…it seems like it happened so fast.  I heard that she took her permit to drive test on her birthday and of course she passed.  All this from the little girl that drove her fire engine down the steps and broke her leg when she was about 2 years old.