We went for a ride after supper on a wonderfully warm evening.  As it turns out we were not the only ones out.  These were all photos taken within 3 miles of home. 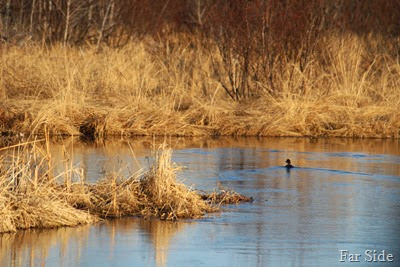 One duck at the dead beaver area, there were more but they flew off into the sun. Two Swans on Guyles Lake, we called them early squatters because there is no open water yet.  Usually Guyles Lake has two set of Swans.  We decided they had a long flight and were resting out on the ice safe from predators. 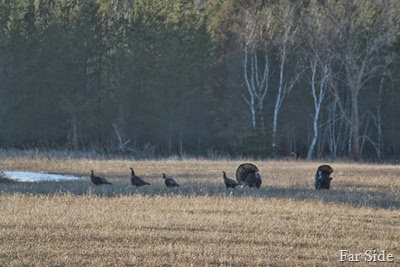 Six Wild Turkeys in the shadows of the Smoky Hills. 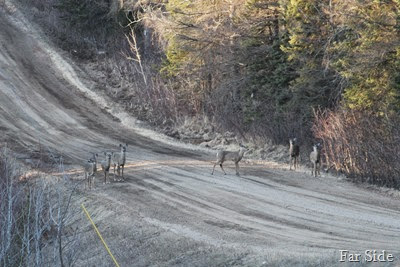 Six Deer down by the creek on Ashley’s Road. 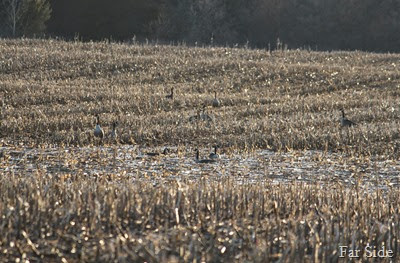 A gaggle of Canada Geese in Steve and Jo’s cornfield sparkling in the evening sun.

We also saw three pair of Trumpeter Swans in Donnie’s corn field and two deer (one a huge buck…we could tell by the way he was walking) in the opening by my parents old resort and five or six more deer on the edge of the Canada Geese cornfield.

It was a great wildlife ride.