Chance: Getting the mail 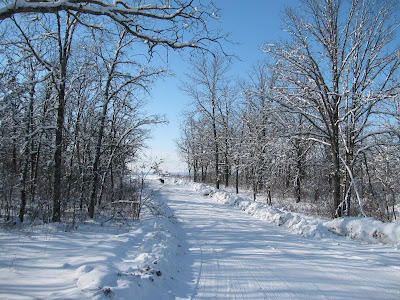 I know the way to get the mail, we walk the long way around in the winter. Sometimes Far Side goes along, but usually it is a guy thing. Even though it was barely above zero she went along yesterday. She wears funny dark glasses outside, I think the snow and sunshine nearly blind her. 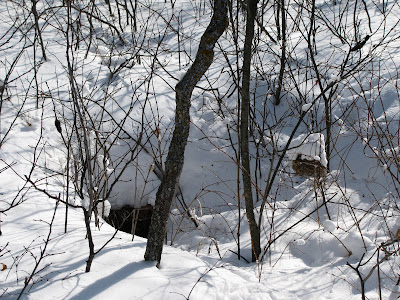 Sometimes she just needs to get out of the woods. I showed her the rabbit run and the rabbit hole. No one was home. Besides that she said "Leave the rabbits alone." I usually do leave them alone after a little run around in the woods. 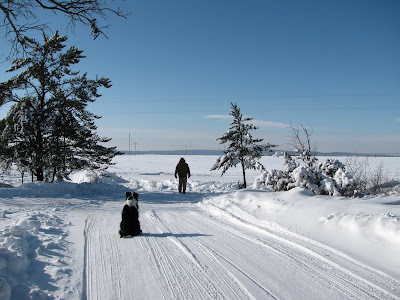 I have to wait here, it is a rule. I am not allowed to actually get the mail..I am supposed to watch from here. 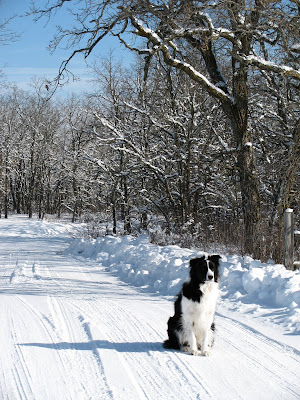 When soon to be Eagle eyes Far Side tells you to sit and wait..you do it as handsome as you can. She says I am almost as white and clean as the snow..in fact she called my white fur brilliant..guess that means I won't need a bath anytime soon! 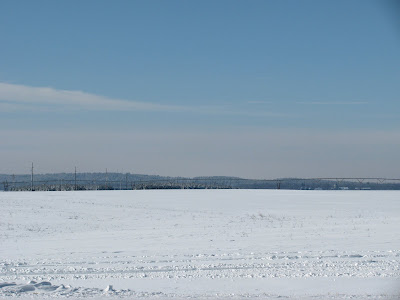 View from the end of the driveway. 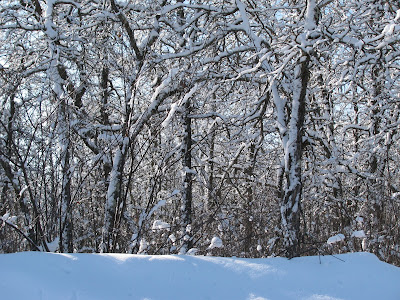 Far Guy was getting cold, so he took a short cut home. I could tell that Far Side wanted to walk with me on the road. Far Guy was insistent that she follow him, so she did, he apparently took really huge steps through the woods..he blazed a trail for her..unfortunately he forgot that she can't walk as good as him and her stride is much shorter..she was trying her best to keep up..then she just hung onto a tree and hollered "OH, go on without me, I didn't think it was a race, I have snow in my boots now" ..she also muttered some other stuff that just might have been some unladylike cuss words. She eventually made it to the house to warm up. She probably won't go to the mail box again for awhile :)
Posted by Far Side of Fifty at 11:34 AM