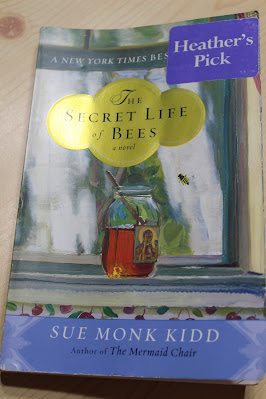 It probably would have rated a tad bit higher if I did not have a bee sting allergy.

It took me a long time to control the terror I feel when there is a bee in the vicinity.  Fight or flee is a very strong reaction.

A very long time ago ...I believe it was the summer before my third birthday we were visiting at Great Uncle Mike's and Great Aunt Ellen's house.   They kept bees.  A series of white cabinets under the shade tree in the front yard. 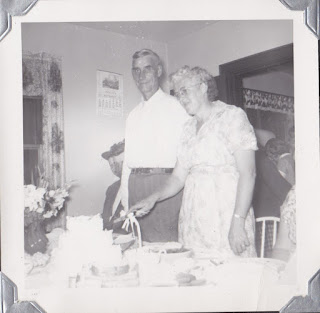 I opened a hive and began to scream as the bees began to sting me.  My Dad and Great Uncle Mike grabbed a blanket and ran out to cover me with the blanket....they brought me and many bees back into the house.  They picked out stingers and lost count at 200 stings.  I was very ill for a number of days.

Since then bees seem to know what I did...and they want revenge....do you suppose I am marked in some way...or just titched in the head?

One time we were coming home from Iowa in 1959 with the windows down ...two adults in the car and three kids ( Me, my baby brother and my cousin Mark) a bee flew in and stung me and flew out the window...just like that.  My baby brother was not scared of bees...he used to say just hold still and they will not sting you...WRONG...if they landed on me they stung me.

I have Epi Pens to keep on hand.

One time when I was stung on my tongue I had to have six injections in the ER...my tongue swelled so fast it filled my mouth and I could not breathe ...so I had to stick my tongue out of my mouth....and talking was impossible. Never eat anything with a sneaky bee on it.  I had grabbed a cinnamon roll and took it outside with me...took a bite and a bee was on that part of the cinnamon roll.  OUCH.

I've only been stung a couple times but just reading this made me queasy with a bit of that panicky feeling. I am afraid of bees and wasps--especially wasps. *shudders* Your experience would be my worst nightmare!!

I am allergic to red wasps. I think that book is fiction? I need something to read. Non fiction, though.

I feel a kinship with you on this issue. My parents raised bees for a number of years. Perhaps at one time they had around 120 hives of them. I never felt easy around them and as a result, they often exploited my skin with their stingers. One time, I happened to walk into a cloud of angry bees and took a few dozen stings to the face, including one to my eardrum. I kept shouting at my parents that one bee was still in my ear as they were pulling out the stingers but the couldn't see it until the bee stung my eardrum and them turned and walked out.

Yikes! That would be terrifying.

Dave is always amazed how calm I am around bees and wasps (he is not calm). I usually just stand still and let them check me out then leave. Of course, opening a hive and getting hundreds of stings, as well as being allergic, would probably change my perspective!

I have been stung three times but not by bees - just wasps. One, I was reaching around the corner to turn on a light without looking, and put my hand right on a wasp. Two... I took my freshly dry jeans off the line and put a foot in to put them on... there was a wasp in the pant leg. And the last, was only a few years ago. One of those blue/black wasps flew up my dress and stung me right on the bum!!!

Yikes, I'm amazed you were able to read the book. On the serious side that early episode must have been so frightening for you and your family.

We had bees on the farm too, and luckily I wasn't stung often nor did I have a reaction thankfully. But I stayed far away from the hives.

OH! My! Gosh! You can die from such as you have experienced!!! WOW!

I’m terrified of bees, but thankfully, I’ve never been stung. A mere mosquito bite creates a huge welt, so no doubt I’ve have an allergic reaction to a bee sting, too.

No wonder bees give you fear! Your attacks were traumatic.

I sprayed a bee/wasp hive with water outside our front door when I was 5-7ish. Thought I could shut the screen door fast enough. I was wrong and got a handful of stings. Needless to say, I learned the hard way not to mess with hives.

We all need to Bee cautious around flying stingers!

You are a bee magnet. 200 stings, omg. That is awful. I've been stung a good number of times but I don't have an allergy.

My mother was once stung by many bees (not as bad as you, how awful that must have been for you) and for the rest of her life used to swell up terribly if she got stung.
One of my sons once worked for a beekeeper and the bees used to go for him and always stung, even through his clothes - the beekeeper said some people just have that scent and the bees will always sting him.

Read "Secret Life of Bees" a long time ago and enjoyed it a lot. It would indeed be very frightening to have such a severe allergy to bees. Do you have an "epipen" handy??

How absolutely horrible to be so little and have such a traumatic experience with bees. You were lucky to survive. I did enjoy that book though.

You have a right to be cautious with bees after those experiences. I agree with baby brother . Be still . I know it's hard to do. The same thing works with the old rooster. Be still and he has nothing to chase. A bee story in the winter certainly warms us up.

With an experience like that I can understand your terror!
Growing up we had a very big Gravenstein apple tree over our garage and gravel driveway. Too high to pick them, these summer apples fell onto the gravel and were dented by the gravel. The Yellowjackets, always present in summer, sat on them to get the juice. We picked the best ones up to eat, but we had to be very careful to shake off any bees first. Some of my siblings did get stung in the mouth. Not fun, but none of us were as allergic as you.

Your experience is terrifying. I've ended up in the ER from a time I was stung three times when I put my arm in a jacket with beens in the sleeve. I, too, am terrified of them.
We had a house when the kids were small that had a hive the bees built into the living room wall. We first discovered it when I was rocking Alex as a baby and heard a humming noise. I put my hand on the wall and it was VIBRATING! We contacted a beekeeper and he came in full gear and removed the siding from the end of house. The hive was about 15 x 25 feet and had millions of bees in it. He couldn't figure out why they didn't burrow all the way through the drywall into the house. Now that was scary and I didn't even know I was highl allergic to bees at the time. I understand why they terrify you.
Blessings and hugs,
Betsy

Wow...what horrible memories you have concerning bees. I am surprised that you didn't die when you were stung by over 200 of them.

Bee stings do make me queasy and it hurts.

I had a huge fear of them. One time a pup got into ground bees and man the nest was stirred up and fierce. I was in the woods. I let the leash go on the dog I was training and ran to stand in a briar patch.
I crossed my arms and stood as still as possible.

Most of the bees followed the dog and several landed on my bare arms. It took everything I had to not move.
They flew off and I tiptoed out of the area after several minutes.

My mom needs to carry an EPI pen and so does my friend Olive.

I read that book and enjoyed it very much. Your ordeal makes me feel terrified, just thinking about it!

Gosh, that is really scary. You take care!

I am scared of bees and wasps but I'm not allergic...I just don't like pain.
YOu have really had some terrible experiences with bees.

There are a lot of mysteries that include bee hives. People die in the stories and people caused it to happen. I am glad you have epi pens.