We attended the car show in Park Rapids. 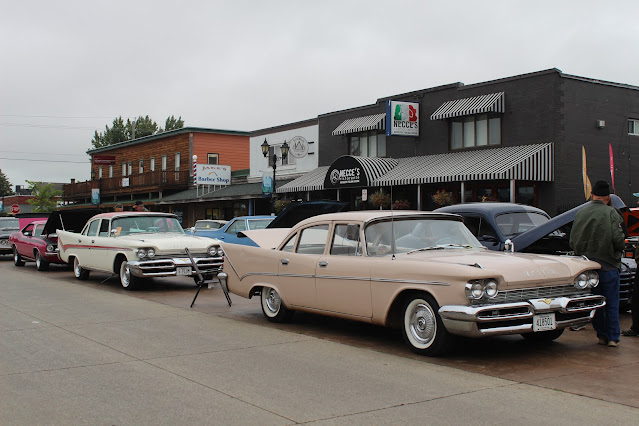 As luck would have it...another Desoto from Argyle Minnesota was in the show and parked right behind us.  Desoto row!!   It is the same year 1959 same model Firesweep but it had some upgrades that we do not have power steering, two rear antennas, the name Firesweep on the glove box, two outside mirrors and probably more things that I know nothing about.   Far Guy says don't forget the side chrome, chrome rocker panels, the clock and curb feelers. 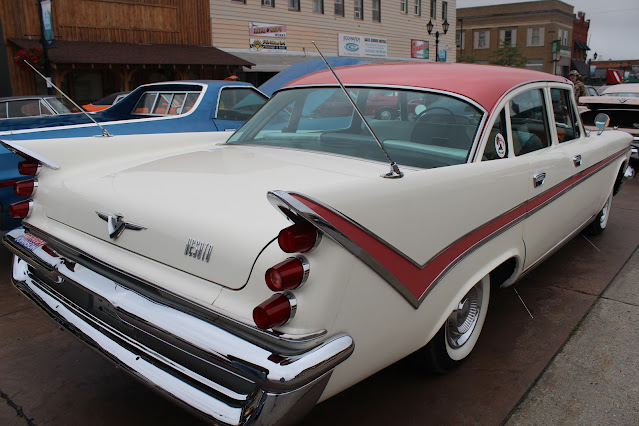 It was a very pretty car...the upholstery had been redone too. 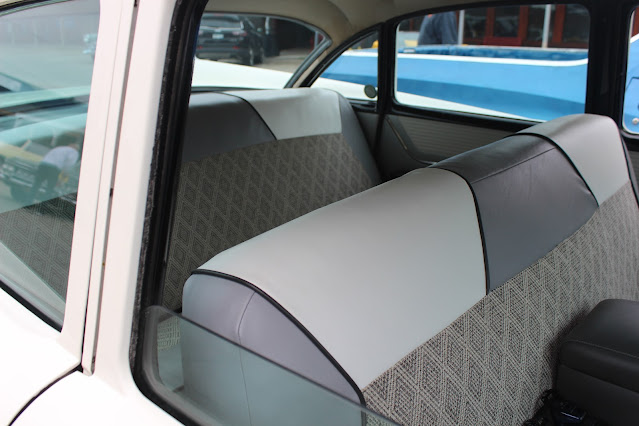 Fun to see another car similar to ours.

It was a good day.  We came home and I napped for several hours.

That sure is a fancy vehicle. They do not make them like that any more!

So beautiful to see!

Love seeing old cars. The one with the new upholstery looks very well cared for. We have a car, truck and tractor show coming up here in Scandia in less than a month. Looking forward to seeing the variety of cars too.

That sure looks like it was fun. And although that other car is beautiful, I am partial to Tilly because it belongs to my good friends. :-)

Wow, it is a pretty car, though I really like Tillie's color better.

It's always fun to go to car show and even FUNNER to see a car like yours!

It’s pretty, but your Desoto is also.

I'm so happy you felt well enough to get out for a bit, Connie...in the fresh air, to boot. But I'll bet you *did* nap for several hours afterward! My word, those cars are beautiful. If only they still made those big comfy cars of yesterday. They still make big "cars" but they're SUVs that cost a bazillion dollar$ each! ~Andrea xoxo

Interesting show when you can make comparisons with your own car.

Awesome cars :)
We used to own a Land Rover with all the bells-and-whistles and once finished shopping to find an identical one parked nose to nose with us. It was a shame we never met the owner as it was the only other one we ever saw.

Both Tilly and the other Desoto look great!!

What would have been the chance that someone would show with their DeSota also The white one is the one I remember that a neighbor up the gravel road from us had. I was thinking it was the pink just like that. The tail lights were amazing to see. Car shows are fun. My next door neighbor works on his 1967 Camaro all of the time. When I handed him tomatoes in a sack he was busy polishing it up. The have a State Fair car show each year.

I so love car shows. Mostly it is less about the cars and more about the stories behind them. Hearing someone gush about the reason this car is being restored or why it is special to them is a treat to enjoy. Also, the cars are usually very pretty.

How fun to see another Desoto at the car show...and parked right by you. They both look beautiful in that picture! Glad you had fun and then got some rest when you got back home. Your car is a beaut!

Glad you were able get out and go to the car show!

Pretty "spiffy" those cars. I need a nap now and I just got up a while ago.