We still have snow and it is cold. 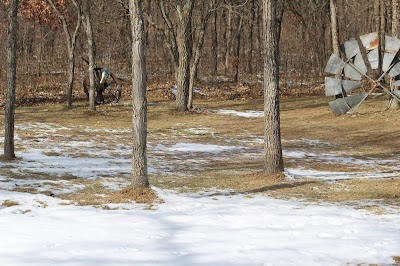 My brother's construction company was involved with the dirt work with the power poles out on the highway.   Dirt was removed and a new pole was set in place.  Water was ponding in between the power poles...we have had so much rain I said it would have cattails before long. 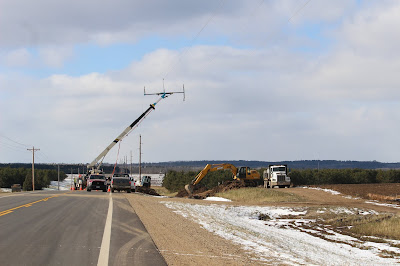 On our way back from town we stopped so I could  take a few photos.

In the evening my Dad and I went to Bingo.  We didn't win.  Dad was hesitant to go...he fell last Saturday and has two black eyes and a big scrape on his forehead...he was checked out at the ER and is fine just bruised.   I told him if he wore his hat no one would even notice.   It was dark when I left for Bingo...it won't be light again when I leave until March sometime.

It is good to have the appointments behind us again this week.   Friday is a free day!!  Yeah!
Far Side
Posted by Far Side of Fifty at 3:00 AM