Everyone is getting so tall! 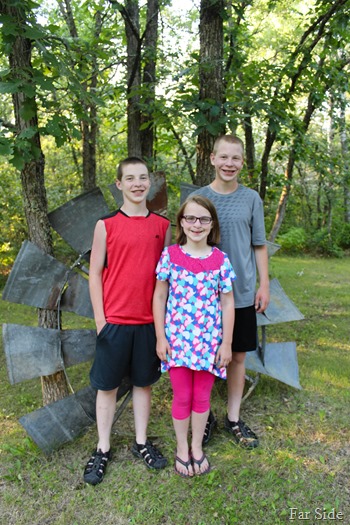 The twins don’t look like twins anymore…and Miss Aubrey is such a sweetheart.  They came on bikes or stopped by just to say hi like when they used to live next door…but now they live far away and just come to their Grandparents a few times a year.  These kids give the best hugs…and you don’t have to ask for them either!  They stopped to visit and pet Chance and tell him he was a good old boy.  They met Far Guy along the road walking and were encouraging…even though he is an old guy. 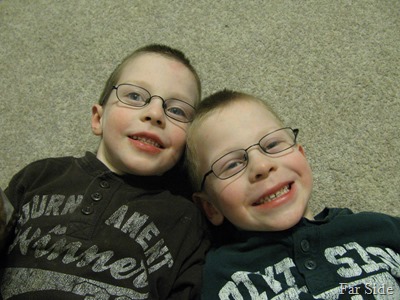 The Twins in November 2010 back then they wore glasses.  I snapped this photo when they were laying on the floor at their house watching tv one afternoon. 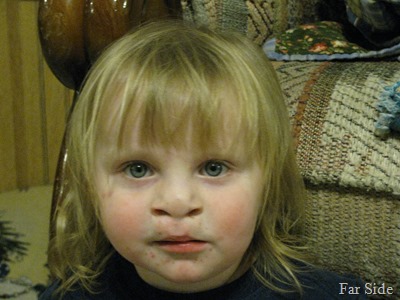 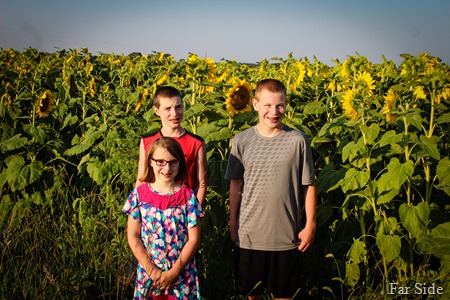 
Next year they'll all be as tall as the sunflowers! Cute kids.

They sure do grow up fast.

They are all adorable children. You are lucky to see them a couple times a year, at least. :-)

Kids sure grow fast. Nice they came to visit.

They are beautiful young people. You can tell they are kind by those sweet genuine smiles in the sunflower field.

Twins always seem to add an extra fun element to a family.

I'd like those kids to come for a visit too.

How sweet that they take the time to come visit you. I love looking at the changes over the years. Children grow so fast.
Blessings,
Betsy

That's so nice that they still come over to visit when they at at their grandparents! They're still "little", though. ;)

How lovely that they give spontaneous hugs ( the best kind).

Lucky you, and Chance, that they came to visit and give hugs.

They grow up so fast, my Little Leo who isn't so little any more gives awesome hugs all the time without being asked

It makes me wonder how long I've been following you as that picture from 2010 looks very familiar. They definitely don't look like twins now. What sweet children they are....big now too!