Yesterday was infusion day.   I was able to bring in all the supplies and the “stuff” to infuse Far Guy in the hospital yesterday.  The Nurses asked what we needed and I said “an IV pole.”  Most pharmacies in hospitals do not carry the protein that we infuse.

Far Guy cannot skip infusions they must happen weekly to help protect his lungs. Luckily his Doctors understand this and told the nurses that we will handle the infusions ourselves.  (There are rules about hospital employees using outside medications on a patient.)

We get shipments once a month.  Last week when he was in a far away hospital, they would not ship the needed shipment because he was in the hospital…so after he was discharged I went over to the supply place pointed at Far Guy sitting in the car and said “Gimme the stuff, he isn’t in the hospital anymore.”

So we learned a lesson, never tell the supplier when Far Guy is in hospital if we are expecting a shipment. ( I called to ask them to delay shipment by one day because Far Guy was in the hospital and no one was around to recieve the shipment…it cannot freeze.)  I made arrangements the next day to have my brother pick up the shipment at our home before it would freeze…but since Far Guy was in the hospital they could not ship…some Medicare rule…and Medicare doesn’t even cover any of the  cost of the infusions.  Go figure I was fit to be tied.

Infusing in a hospital is different than here at home.  We have a routine, we do everything in the same order every Thursday.  It was an adventure in a different setting.  Far Guy has lost weight…another three pounds…his port is free floating anyway… and I had some trouble acessing his port…eventually I was sucessful.  The actual infusion went well.

A number of the nurses were very interested in learning about Alpa One Antitrypsin Deficiency in all of the hospitals we have been in.  Last night three nurses showed up in Far Guy’s room and said “Tell us more”  …so we did.

Hopefully Far Guy will get out of the hospital today, it depends on what his Doctor has to say and how his blood work looks.  ( I have not told Chance yet!) 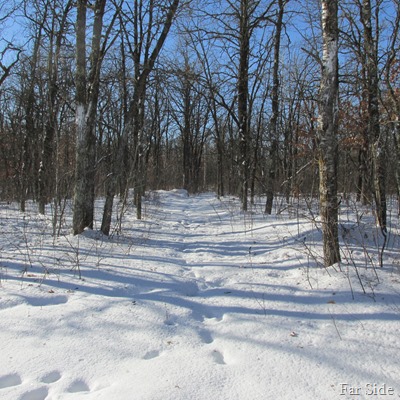