We were only home from the hospital for 22 hours when Far Guy had a relapse and went into respiratory distress. With the help of my nephew Josh and his cousin Ryan we loaded Far Guy and Chance into the vehicle and I headed for a hospital 90 miles away.  I could not get Far Guys oxygen level above 81%.  He was gasping for breath almost all the way even when on his portable oxygen.

I could have taken him back to a local hospital but I decided that maybe something else was amuck.  The local ambulance service will only transport you to the nearest health care facility.  I figured if I headed toward the bigger city if I had to call 911 odds were that I could get him there if I was closer. ( Remember I used to be an EMT so I was confident I could handle the situation if he got worse and if I needed more help I would call for it.)

On Monday we were in the ER for about seven hours before being transfered to a room. Andy, Jen and Trica were there, Savannah came later in the evening.  The Doctor ran all kinds of tests.  Tuesday afternoon the diagnosis came through…RSV.  Respiratory Syncytial Virus.  We were already in a room that required everyone to wear a mask.  It progressed to mask gloves and gowns.  Someone with RSV is very contagious and they are very susceptable to secondary infections like the flu.  RSV is prevalent in small children and causes anything from a cold to respiratory failure…the elderly, people with lung problems and immune suppressed people are more likely to get RSV.  No visitors were allowed, after the diagnosis I left only once to get clothing out of the car.  The Doctor asked us to stay out of the hallway.  We were in isolation.  Good thing we love each other. They brought me a chair bed that I heaped pillows on to sleep right next to Far Guy.

There is no magic pill for RSV  you have to muck through it with supportive oxygen and steroids and time…the virus will eventually burn itself out.  Many people die from it each year.  Our Doctor said only one in 200,000 adults over the age of four get RSV.  It was diagnosed through a blood test.

Little by little Far Guy improved, at least he wasn’t getting sicker.

We are home and we can have no visitors for at least two weeks maybe longer.  We don’t want to give anyone anything and we don’t want their germs either.

I have to make a trip out to get a couple of prescriptions filled and stock up on some groceries…then we will stay put.

We are both exhaused, sleeping in a hospital is hard.

Chance is really mad at us…he wagged his tail once at me and then started to ignore me.  Jen brought him to the hospital parking lot so he could go home with us…he didn’t seem real happy to get home either.  Maybe he misses Miney and Little Elvis.

I will be back to blogging soon, I have to catch up on some sleep first.

Thanks for all your good thoughts and prayers we appreciate them!

I hope we are home longer than 22 hours this time. 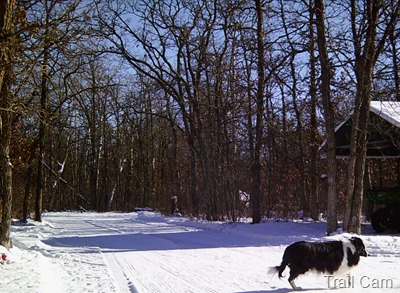