The phone rang.  Far Guy said “It’s for you so you might as well answer it.”  He cannot stand to let the machine get it…

A fine howdy ya do that was…at least he could have thanked me for my time and said goodbye…but just click…where were his manners?  I suppose he just wanted to fix my computer over the phone and charge my credit card.  ( I still have Windows 7…and hope it lasts a bit longer…Far Guy has Windows 10.)

Far Guy was laughing the entire time…next time he is answering it.  Since we don’t have caller id on our land line it is anybodies guess who is calling us…the next time the phone rang Far Guy answered it and it was my other baby brother.

Other than phone calls our biggest entertainment is the snow and old movies on TCM. I watched a really good one called The Search. 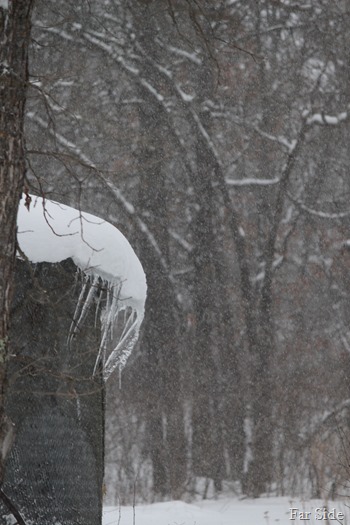