Genetic Report and Other Stuff

My Genetic Report came back, I am an MM  which means I am like most other people in America…normal.   Far Guy is an SZ.  Which means our children are either MS or MZ,  they are carriers of the Alpha 1 Antitrypsin Deficiency.   From what I have read a MS carrier would be better than the MZ carrier because the MZ carrier could get some symptoms.  So that is it in a nutshell.  Genetics was not one of my strong subjects in school.

We survived our first home infusion.  It was a bit rocky.  Trica our oldest daughter who is a Nurse Practitioner came over to see how the medication was mixed so just incase I am ill/ or croak  she could take over.   It is a good thing she was here, I am not sure why but what the Infusion Center used and what we were sent in the Infusion Kit from Coram was different.  They sent outdated instructions also.  We figured it all out…but for what that company charges for the serum ($5,000 a week) you would think they would be on top of little things like instructions.  I called their Pharmacist who was a helpful gal, but she could not answer my questions because she has never witnessed or performed an infusion.  I finally called one of the Nurses (Lynn) at the Infusion Center and she answered my questions.

I am tired and a bit cranky.  I don’t think it is too much to ask that big Drug Companies get their poop in a pile.  They also sent really lousy thin sterile gloves…I will find some online that are not so flimsy.  I shouldn’t have to…but I will because sooner or later I will rip a hole in one.  Why does everything have to be such a struggle?

Far Guy still suffers from the side effects of this serum (Aralast), extreme fatigue and shortness of breath for five days.  But he hasn’t had any infections either…that is what the serum is supposed to do…protect his lungs if he gets an infection.

We try to take it all one day at a time. 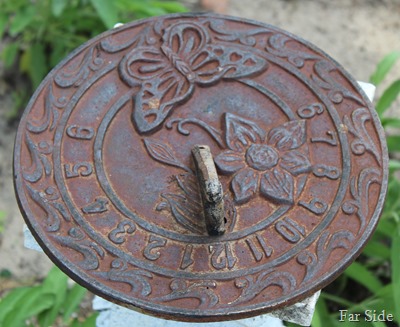 Very frustrating about what you received for FG's infusion. I am thankful that your test was normal. Thinking of you both and praying that you both will have a better weekend. xoxo

Mmm. The "non-"cure sounds nearly as bad as the disease. :(

Oh, Connie, at least the 'first time' is behind you and hopefully it will become easier and finally just routine. And I will never complain about the cost of the meds I take for migraines again! I hope you will both recover and have a peaceful Friday. Hugs, Cynthia

For that amount of money they should treat you better!

At least the "first time" is know a memory. Things will hopefully get easier. I am surprised that for the amount of money they charge you it wasn't an easier experience with better equipment, drugs, supplies and customer service. Thankfully your daughter was able to be with you and help. Praying for a better weekend for you both.

A long distance hug to both of you! Thinking of you....

The good part is that the infusion did work and you'll get better as time goes on. I cannot imagine why they can't get their act together, either. But I'm so glad FG is not getting any infections.

You are doing much better with this than I would b able to do, my friend. My daughter is also a nurse practitioner, and I would for sure be calling her! God bless.

Hopefully with time, things will get easier! Take care and hang in there.

But you got through your first infusion successfully, and Far Guy is doing better. That's the most important part.

I read your blog often, but have not commented before. I shouldn't now because I am one week from my full time adventure and have lots to do. But I feel compelled. I am a retired high school biology teacher; I taught Genetics for 19 years as a separate course. My Step-Aunt has had Alpha -1 Antitrypsinase deficiency for more than 30 years. She is unusual in her longevity, but it does happen. She still travels... with a portable oxygen generator and remains more active than others her age. Maybe her activity level has helped; no one knows. She has always gone to hospitals for her infusions. She has suffered through periods when Congress removed the infusion drug from the market (more than once). But she has persevered and done better than anyone else diagnosed in that area of the country. Even though this diagnosis is scary, there are people who do pretty well. Take care!

I am so glad your first infusion at home went OK and so glad that your daughter is a Nurse Practitioner. Glad that you don't have the gene for this malady. So glad that FG has not had any infections since on this costly drug. Both of you are so brave. All this is so unfair to a couple who give so much to their community and country. God Bless.

Wow what an ordeal but it will get easier. Take a nice nap or walk and pat yourself on the back for getting it done on your own! Bravo!

Hope things continue to get better after the first infusion. I go to the hospital for mine. It takes about 3 1/2 hours. How long does it take for the one for Far Guy?

I really get on a rant when companies can't be bothered to be up to date and accurate with medications. As you say they make good money. At $5000.. a week it's highway robbery

Well, I'd be cranky too if I had to put up with what you and Far Guy have been dealing with. Treat yourselves well, because you deserve it.

The medication takes about an hour plus to mix and about 1/2 hour to infuse. Two hours usually from start to finish:)

Hi Laura Thank you for the comment and the encouragement! :)

You are very brave to take on the home infusions! I would be undone. Glad,to hear you are normal . . . and cranky is probably normal for what you went through, too. Hope you enoy the weekend.

The first time for anything is always rocky...but it sounds like yours had its special version of rocky. Glad you all got through it successfully. I'm sure you will be more careful about all the details than anyone else would be--you have some added motivations. Glad Trica was in on it, too. You never know when you'll need someone to cover for you.

You are an incredibly brave couple. I do hope the home treatments become easier to do. It's so good that your daughter can be there to help you.

With all of that to deal with, I'm glad you had the help of your daughter and people at the end of the phone line. When you have prepared yourself as much as you have, you would think the drug company could get their act together.
Next time will be better. Now to get Far Guy feeling better.

I would be frustrated also..I don't think any of the medical companies care a hoot anymore.
Surely the next infusion will go smoother now that you have one under your belt. Thank goodness for daughters who are in the medical field. My daughter is an RN and she was such a blessing at the hospital and here at home.
Sending prayers and {{hugs}} for you and for Far Guy. Bless you both.

Good luck with everything and you are in my prayers. My hubby will have to have another biopsy for lung cancer on the left side this time. He has gone thru so much thru 3 types of cancer and never, ever a peep about how bad things can get. Me on the other hand could easily go out to the shed and let out screaming meemies...

Tell him we are thinking of him (and you) and to hang in there!

Always a good thing to have a backup infusionist, and it sounds like you've got things well under control.

All the best to Far Guy!