Today is the day we honor our flag. 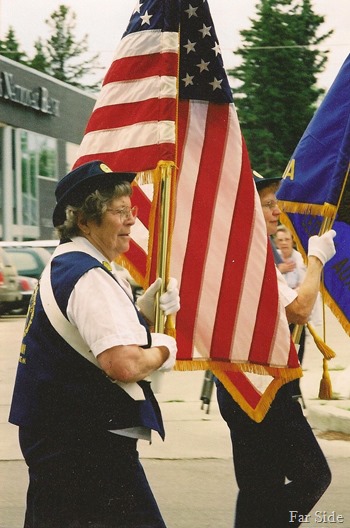 My Mother was a flag bearer and marched in parades with the American Legion Auxillary. 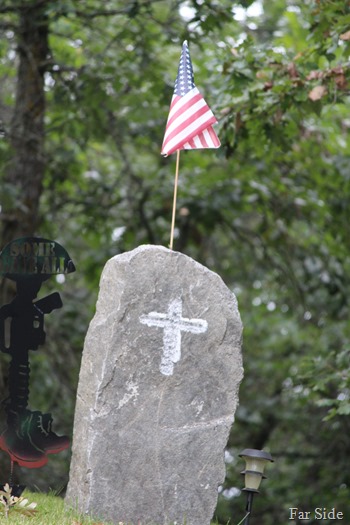 A flag on Bunker Hill 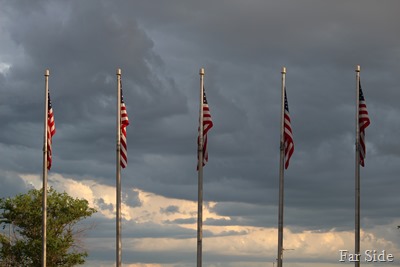 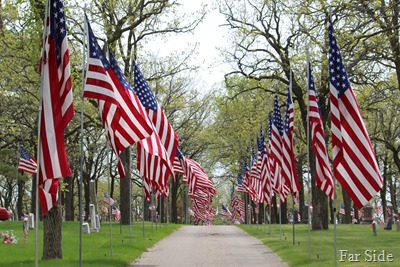 When I was in sixth grade in a two room schoolhouse we had a flag pole and our teacher Mr Martin Cox taught us proper flag ettiquette.  I didn’t know at the time but he was a Veteran and after he served his time at various army bases and a year in Korea he was honorably discharged and took advantage of the GI Bill to further his eduation and become a teacher. 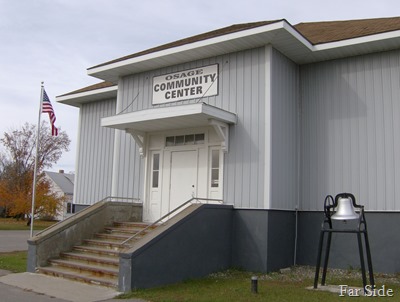 This was the old school house: fifth grade on the left and sixth grade on the right!  In later years it became a Community Center and nowadays it is a rental.

I am certain that the time Mr Cox spent teaching us how to honor and care for The American Flag touched more students than just me. Mr Cox died last winter he was 83 years old.  I wondered then how many students did he teach flag ettiquette to over the course of 32 years?

Hi Connie, I enjoyed your flag photos this morning. I am sure Mr. Cox impacted many lives. We have several homes on our street that are vacant many months of the year and John goes around and cares for the flags. Wishing you a nice day.

I wish I had had a Mr Cox in my school. I learned some just by osmosis, but I'm missing some. Wish I had a flag pin I could wear today. I might buy one for the day and will wear it every Flag Day after. :-)

I doubt that flag etiquette is even taught now, which is very sad.

Back in the day when everyone seemed to respect the flag and what it stands for!!! Students in our high school took turns raising and lowering the school flag each day. It was an honor and it was treated as such if you got a turn. Seems like it was just the boys who did this. I don't know if they had to be boy scouts or something like that.

Beautiful flag photos! The small schools are the best!

Nice collection of flag pictures! It's also my parents' wedding anniversary, would have been their 70th.

We have none to very limited flag information and education. the only thing I remember is when the new Canadian flag was first raised in 1965.

This morning on my way to work, there was several men and women placing flags out in a small town main intersection. The display was very impressive!

He taught me, and the whole class. How to fold, clip on, etc always working in groups of at least two.

I don't remember when we stopped saying the pledge but we did so for a few of my early years in school. My flag didn't get transferred to the new pole. Maybe I will get it done by the fourth. We help my wife's friend tomorrow move from one apartment to another. We are buying her a new bed and I get to use my new, old truck.

I didn't realize it was flag day until the day was nearly over. We could have flown our flag.

I missed putting out my flags because of bad weather and RA so thank you for sharing yours!