I  have had two projects in the works..the first one has two parts.  Far Guys Mom saved Obituaries, I went through them and paper clipped the newspaper clippings inside the funeral programs, then I grouped families together.  I also wrote on the outside of the funeral programs who the people were and their relationship..if I knew it. The oldest funeral pamphlet I found was from 1944, from Far Guys Paternal Great Grandmother.  The oldest Newspaper Obit was from 1943, I may have one older than that but I have to traipse down to the cemetery and look at the headstone to make sure. Why hasn't someone written this info all down..just a little road map to make things easier???   Far Guys Mom had lots of friends from the Apartments and from the Nursing Home and anytime there was a funeral the little old ladies tended to gather together and go as a group, safety in numbers. She saved all these obits, twenty years worth..names I vaguely remember, people she had coffee with occasionally, little old ladies that she would talk to when she went downstairs to get her mail. Anyway they would go to the funerals as a group, who ever had the biggest car would drive, they would all pile in and go to the funeral. It was like an event.  Afterwards they would talk about the food served and how it could have been better.  Up here in the North, the food served at the funeral luncheon or dinner in your honor is a BIG deal.  These little old ladies had their own opinions of what was good and what was bad...in fact Far Guys Mom said "No Mac and Cheese" at her funeral, she left a recipe and a name of someone that made an excellent hotdish.  I hope all the little old ladies were very impressed with the food that day, Far Guys Mom did everything she could to make it a memorable meal other than cook it herself. The second part of the Obit project will be easier..It will be sorting through all the Obits that I have saved over the years. I should know all the people..so no guessing is necessary.  I have tucked them into my little white bible for years..it is now a bulging little white bible.

My second project is for my high school class.  I am trying to locate obituaries for classmates that have croaked.   Far Guy did this for his class, now he is helping me with mine.  Yesterday he showed me how to work the microfiche machine at the library, we were able to locate three obits and last night I entered them into our class web site.  Without the dates of their death it would be like looking for a needle in a haystack.  You have to have someplace to start.  I have put out a plea to my classmates..the Class of 1969 to share any info they have.  I have a really weird class..they are not real communicative.  If I have time I would like to research a story I heard about one of my classmates..Wilma B. was a nut..she was always acting out..I was surprised to find out the she was in the Unites States Marines, I bet that was a challenge.  Anyway I heard that she was in the wrong place at the wrong time one day in Minneapolis, she was acting out and would not put her hands in the air when directed to do so and was shot and killed by a police officer.  Back in 1969 if someone had said "Who is most likely to be shot by a Police Officer?"..she would have been almost last on my list. 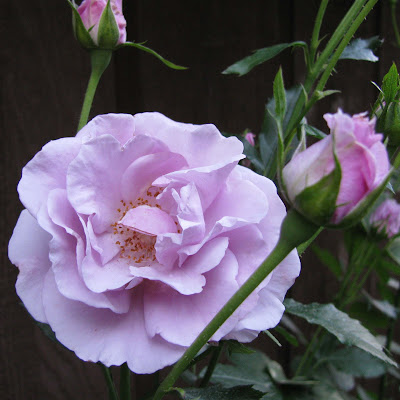 The newspapers and or funeral homes don't write obituaries like they used to..I have found some blog fodder in this obituary box, I will find some old photos and then traipse down to the cemetery to take a photo of their headstones.. another project that will keep me busy.  I seem to finish up one project and then add two more:)
Posted by Far Side of Fifty at 10:35 AM

At one point I got it into my head to photograph all the old tombstones in the old cemeteries around here. My heavens what a project that turned out to be.

And because you have that good two for one project thing goin' on no one will be writing your obit any time soon. Stay young my friend, keep adding projects!

This is a job for the family I started back in 2000. It took me 4 years with new found cousin's to get it and pictures of people and headstone's.
I just got it all on Ancestry and I could not beleve all the new people that have made contact with me sense.

Your like a bee - gotta be buzzing around about something. Projects are good though - keeps ya busy. Those are good and worthwhile projects.

Far Guy's mom sounds like she knew her way around a social gathering of her peers. I love that story about no mac and cheese and how to make the food memorable. And you do seem to be a very busy person, you didn't mention your awesome blog, Connie. I love to read your stuff.

We graduated the same year! We did grow up in an interesting transitional time, didn't we?

I'm impressed with your projects. And I like your mother-in-law planning the meal for her funeral. That is almost funny. I have my funeral program planned in my head - - the songs I want and maybe the speakers. I wish they would tell me what they are going to say that day. I might want to hear it while I'm still here! Generally they only say good stuff about the deceased so why not share the compliments when they are alive?!!!!

Good luck with the projects. Sounds like an awful lot of work to me. I don't know how you manage it all. Your rose photo is beautiful. Such a pretty color.

OMGosh! You'd want to have a really good hotdish at the funeral, you betcha! She sounds like a great lady and was sure meticulous with all her "saver" stuff. You are very patient to organize all of that. Nice! My sister is the one in our family who has been doing the family tree.

I was class of 1968 (Fridley--suburb of Mpls) and we have had reunions every five years, believe it or not. I helped a couple of times tracking down classmates. I only missed one reunion until the 35th--so I've missed the last two. We've had a few people who have died already, too.

It would be cool to have a book of gravestone pictures to go with the obituaries and maybe some lovely verse too.

I'm off to England tomorrow, so won't be able to visit. I will be posting however if you want to swing by now and then.

LOL I have to say you do take on some pretty weird projects.... I'd like to have some of the GREAT eulodgies I've heard on tape.

I'm laughing about his mom and "no macaroni" and "here's a good recipe." And the little ladies making a funeral an event.

It's mind boggling and brain tickling all at the same time.