“She who sees robins first” clipped a photo out of a local paper.  I figured it was a bit of family history so I scanned it.  It is still on my desk but it will make it’s way to Cousin Chuckie. 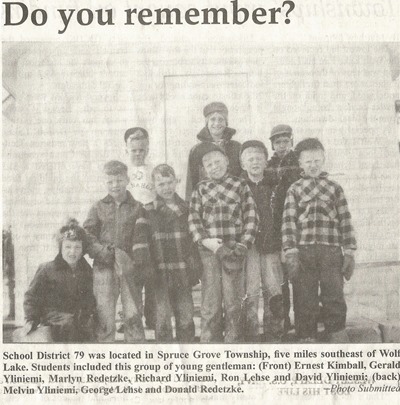 The original photo was most likely taken in 1949.   My cousins would know.  I have two first cousins ( Uncle Jalmer’s  and Aunt Jenny’s sons) on the left hand side of the photo…Chuckie (Melvin) in the back in the white jacket and Gerald in front of him in the plain coat holding his hat in his hand. See those two boys in the front row with the matching jackets they are my second cousins…brothers Richard and David sons of my Great Uncle Levi ( My paternal Grandfather’s brother) and Great Aunt Ida.

We go to woodcarving with Chuckie…in this photo he looks very much like his only grandson Aiden who just turned ten years old.

I imagine these nine little boys gentlemen were a handful for the teacher.