I still subscribe to several magazines.  One of them is Martha Stewart Living.  I opened the latest issue and was assaulted by a horrible smell...worse than hog manure.  Lambcomb of Paree...ode de outdoor biffy.

I emailed Martha Stewart Living and complained...much to my surprise they have fragrance free issues and I am now on that list.  Yeah for someone who is conscious about fragrance sensitive people!

Far Guy tries to escape the smelly lady at Pulmonary Therapy...as soon as she arrives they set up a fan to blow the scent away from Far Guy...too bad they cannot just tell her that she stinks.

Now that it is nearing Christmas the fragrance ads on TV multiply...good thing there is no smellavision.  Ever notice how the smelly models are thin, wearing  diaphanous gowns walking around someplace foreign?  Not thick waisted women with silvery hair...

Did I tell you about the escapade with the Unscented Fabric Softener that was smelly?  Naturally I called the phone number on the box and complained.  They said "Sometimes stores put fragrance scented fabric softener sheets next to unscented and the fragrance transfers...so it is not really the manufactures problem."  EXCUSE me...your product states it is Unscented and it stinks...perhaps you should wrap your boxes in plastic wrap!   They said they would forward on my suggestion and they would mail me a coupon and they did. 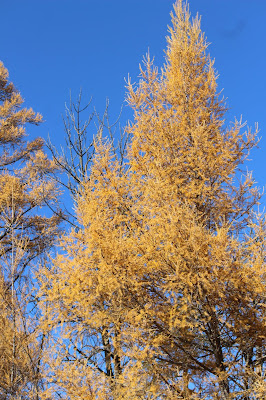 Labels: customer service, Just Me being Me, thoughts