Years ago 18 in fact, when we built this home we had John design our septic system….he did it for free…he had knocked over a couple of trees down at Mom and Dads lake property accidentally…but offered to replant the trees or something else…my Dad told him go design a septic system for Gene and Connie. Back then you had to have a installer design your system but you could do the work yourself. When John designed our system the subject of his business came up and he said he sure wished he could sell it to someone that he knew wanted it and would make a go of it.

I knew my brother might be interested and he was coming up on vacation. (He lived in Wyoming and was working in the Oil Patch)  During his vacation we installed that septic system…graveless it was the up and coming “new” system that would last our lifetimes.  My Dad and Jody did the backhoe work, the tank was delivered and set and two legs were dug part by backhoe and part by shovel to make them really level, I put the fabric sleeves on the pipes and connected them up making sure everything was level and then the whole works was covered in sand.  It worked. At that time we hooked up our camper to the system….later that fall we would build the house.

This “new” system began to fail for many people at the 7-10 year mark.  For us it took 18 years….we don’t put any milk down the sink, ammonia, bleach or pickle juice.  We have had the main tank pumped consistently ever two years or so just as general maintenance  Last winter one of the caps blew off three times…we figured we had a problem.  We had our 1,000 gallon tank pumped and out came 1,500 gallons…500 gallons were sucked out of the over burdened drain field.

Yesterday was the day our drainfield was replaced and it should be good for our life time.
Oh yes during that vacation my brother bought John’s business…he does complete septic systems both designs and installs, he excavates building sites and builds and repairs roads.  He is busy from the time the frost goes out until it freezes so hard you cannot move dirt.  Then he moves snow. 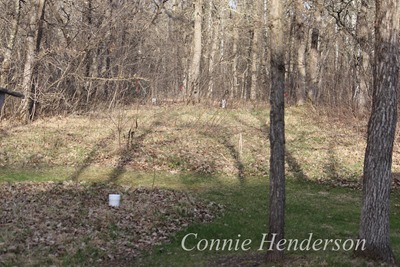 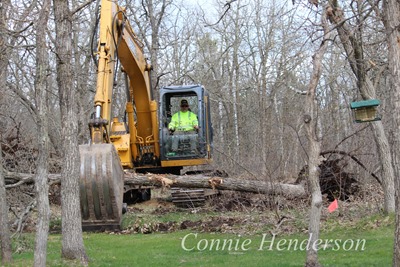 My brother Jody removing trees.  Many trees were removed and taken away. 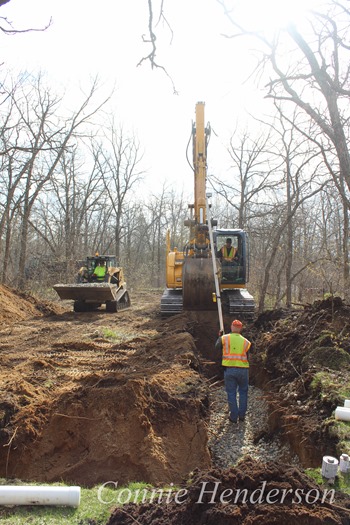 Jody in the skidsteer, Josh in the backhoe and Frank on the rock leveling. 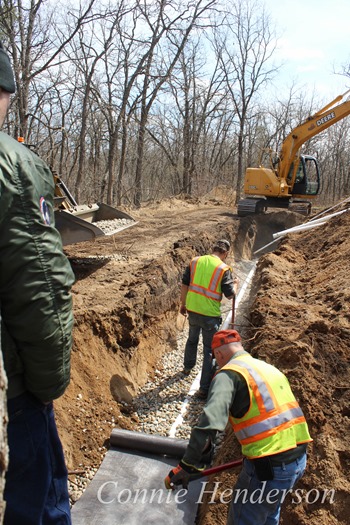 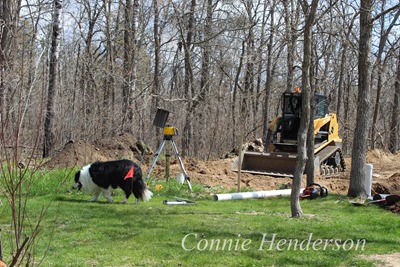 Chance was a curious dog…he usually goes potty out there.  He didn’t like it when trees were falling or brush was being picked up.  Luckily I had walked him very early in the morning. 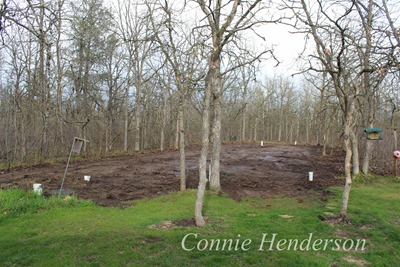 Cross it off the list…it is a done project.
When you live in a big city your sewage is taken care of for you, out here in the boonies we have to take care of our own poop.