Yesterday we ran errands.   I keep “things” pinned to my bulletin board until I can’t stand it anymore.  The weather was half ways decent so we went to what the newbies call The Red Bridge Park ( The old farts call it The Foot Bridge Park) in town…newly renovated or massacred….I suppose it just depends on who you are.

The park has old willows flanking the river.  One such willow was known as the picture tree…because of its sweeping branch. 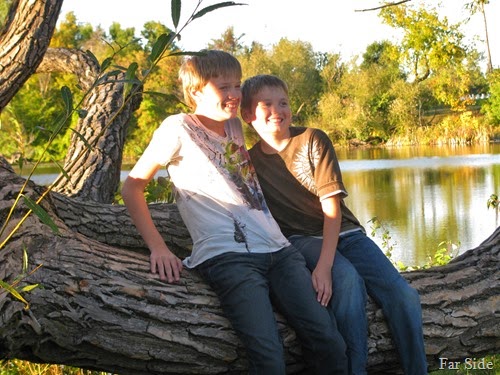 Noah and Adam in September of 2011 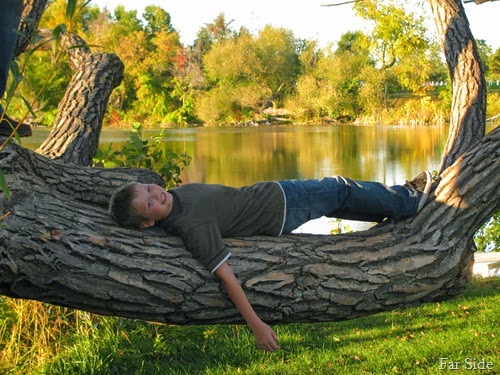 It was a branch that a youngster could stretch out on.  Both of my grandsons are much taller now…but I wanted to show you the magnificent branch. 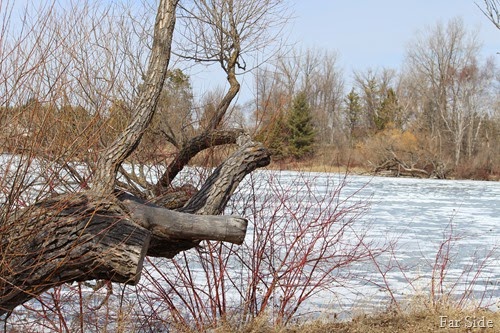 It has been butchered.

What were they thinking?  I realize that Willows grow fast but not fast enough to replace that branch in my lifetime.  I am not sure if there is a City Forester or not, but if there is he needs his head examined.