Far Guy has the crud again, he is taking antibiotics and a steroid.  He is supposed to be resting and drinking fluids until his stomach sloshes with water….his words.  I just tell him to keep drinking water.  I don’t care if it sloshes in his stomach…

Yesterday I left Nurse Chance in charge of Far Guy whilst I went out to lunch with my cousins and ran a few errands.

There was a really weird woman waiting in line at the Pharmacy window…she must have been a former prison guard …or maybe an inmate. Spooky to be waiting in line and have someone staring at you the entire time.  I wondered if I had a huge booger dangling from my nose…I checked a few times…nope no booger.  Maybe she was high on something…who knows.

My cousins report that another cousin’s (Daniel) crud turned into pneumonia.  Aunt Anna had the crud and it lasted well over a month.  My other baby brother had the crud for about two weeks before finally getting some antibiotics.

So far I don’t have the crud.  I hope I can escape it this time.  Seems to have been a tough winter for many people especially the elderly.

We are due to warm up here…into the 40’s F or about 7 C eh!  I have to see it to believe it.  Maybe some warm temperatures and some sunshine will chase the crud away. 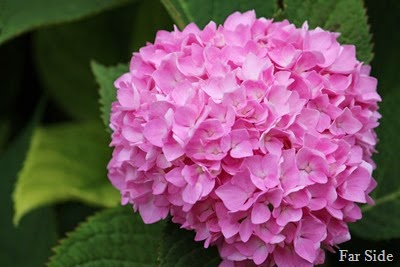